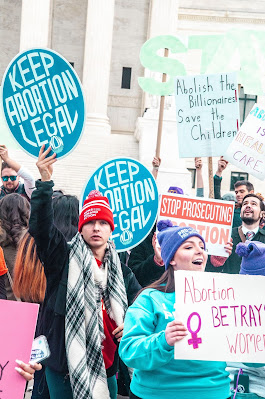 Despite Governor Charlie Baker's veto, Massachusetts' legistature voted on a bill last Tuesday that will expand abortion access in the Bay State a number of ways.

One of the most important changes is allowing abortions after the 24 week mark. Most people would agree that by this point of development the fetus is no longer a clump of cells. It's now a baby. By the 24 week mark alone, unborn babies are approximately 11½ inches long and about one pound. What's also interesting to note is that the songs babies hear at this point of development, they often remember once they're born. They are even calmed by the melody. Honestly abortions at this stage (nevermind later) is absolutely appalling.

In addition, lawmakers eliminated the 24 hour waiting period. You may be asking why. Well, you're not alone. Saying you should sleep on it before you murder an innocent human life shouldn't be looked down upon. It should be encouraged.

The last major change is that minors age 16 and 17 no longer need parental consent to get an abortion.

Baker reportedly said "I cannot support the sections of this proposal that expand the availability of later term abortions and permit minors age 16 and 17 to get an abortion without the consent of a parent or guardian." Regardless of his veto, the state's Democratic-controlled House and Senate rejected his objections.

"This dangerous new law allows for late-term abortion on-demand across Massachusetts, and secret abortions for minor girls as young as 16," said Marjorie Jones Dannenfelser the President of the Susan B. Anthony List. She went on to say that "Governor Baker is pro-choice, but this legislation was too much for him to stomach: his veto exemplifies just how extreme it is."